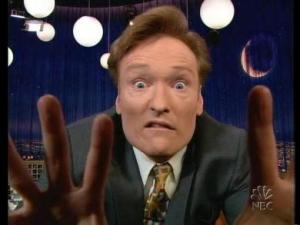 I have a question for you talk-show fans out there: Is there, or has there ever been, any talk show host uglier than Conan O’Brien? And please let it be noted, I am including in this assessment the likes of Jay Leno, David Letterman, Oprah, Jerry Springer, and Huckabee. I am not, mind you, including Larry King, on account of his not being an actual human, but in fact a member of the heretofore thought to be extinct Pterodactyl family. This species, you may not know, has mutated to resemble the modern vulture, hence Larry King.

But I digress. Re: Mr. O’Brien – Surely you cannot say he’s pleasing to the eye. That is, unless you are Mrs. O’Brien (his mother, I mean). Now, before you Conan fans (which I’m sure are legion) start bombarding me with irate letters/e-mails/tweets/Facebook statuses/etc…. I am NOT saying that he has no talent. I personally cannot attest to his talent, but I’m confident he has some. What he is for sure not, is FUNNY. He is one of the UNfunniest persons ever to dwell into the show businesses. BUT, I am sure he has his talents, perhaps yodeling, cat grooming, or finger-painting.

I am going to prove to you beyond any doubt, that Mr. O’Brien is a cross between Ed Grimley (Martin Short’s cartoon character in The Completely Mental Misadventures of Ed Grimley) and Pee Wee Herman. Pray refer to Figure 1: 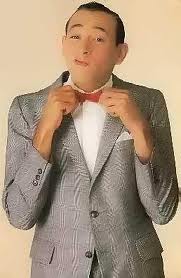 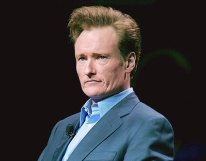 Surely there have been accounts of people who deliberately try to look ugly (case in point, Billy Idol in his hey days of MTV videos, with his grotesque facial expressions. And if you do not know who Billy Idol is, please stop reading now, child). But this only works for people who are actually quite beautiful, in manner of Tom Brady or Brooke Shields (who are, in fact, the same person – sometimes with a long hair wig, others with fake makeup to look like facial hair – as evidenced by the following pictures). 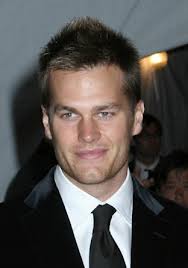 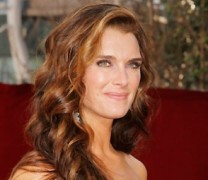 I do realize this post has absolutely no point, except possibly to enrage Conanists. However, in these times of despair and ugliness, we sure could use less O’Brien and more Brady/Brooke.

5 thoughts on “The Good, the Bad, and the Ugly”